For the most part, surrogate mothers aren’t in it for the money. They do expect to be compensated for their considerable time and effort, but it’s not their primary motivation. We’ve found that, generally speaking, the women who make the best surrogates are the ones who are in it more for the emotional rewards.

After they’ve delivered, we interview our surrogates. We’ve consistently found that, of the ones who want to repeat the experience, their main motivation is the emotional reward and not the money.

After all, it’s an amazing gift to be able to offer: helping to create a lifelong bond between the intended parents and the baby you’re carrying for them. It’s a selfless act and an extraordinary gift; most of our surrogates find that the negative side-effects of pregnancy are more than completely justified by seeing the joy and happiness in the intended parents’ eyes.

Not that the negative side-effects are such a big deal, to the women who do best as surrogate mothers. They tend to be women who give birth easily with few complications, and feel at their healthiest when pregnant.

To them, helping other couples increases their self-esteem – because they feel they’ve
given that extraordinary gift – while making them feel fantastic.

All things considered, money is the least of what drives our surrogates. It’s a common misconception that they’re doing it for the cash – really, it’s the emotional reward, the desire to help others in their own small way. 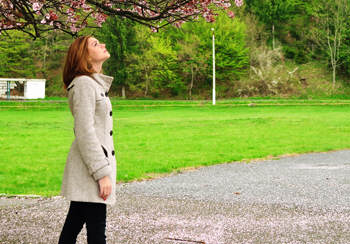 The surrogacy process is long and intense for the surrogate mother. First, she must pass medical tests before the physician will allow her to proceed as your surrogate. Another important screening test that you would have to get your friend or relative to undergo would be a psychological test. This screening test can be a bit difficult to ask from your friend or relative but it is important. The stress and emotional complications associated with the process of surrogacy can take its toll during the journey so it is better to have your friend or relative pass this important test first. Then, she must faithfully follow the complicated fertility procedure instructions, including taking injections and other medications, going to medical appointments and undergoing medical procedures. All of these steps are critical to a successful surrogacy. If your friend or relative does not follow all of the instructions she is given to the letter, the result may be a failed cycle and no pregnancy. When you use a friend or relative as your surrogate, they may not take their responsibilities as a surrogate as seriously as an unknown woman who is being paid to be your surrogate. An unknown surrogate will make sure to act responsibly because she is financially motivated to do so.

If your friend or relative does not meet all of the doctor’s medical requirements for a surrogate, you may request that the doctor allow her to proceed anyway, because she makes you feel the most comfortable and you think she is the most affordable option. While the stipend you would pay to your friend may be less, using your friend as a surrogate mother may end up costing you much more in the long run. If you friend is not medically qualified to act as your surrogate, the chances for a successful pregnancy may be dramatically decreased and you may need to repeat the fertility treatments until a pregnancy is achieved. These treatments are normally very expensive, and you may not be able to afford all of the treatments you need to have before a pregnancy is achieved. Using a friend as your surrogate may end up costing you much more than using an unknown surrogate would have cost you.

Getting someone you know involved with your surrogacy journey may seem like a good plan to you. In reality there are very few times when using a friend or relative as a surrogate mother are as low-cost, successful and stress-free as the intended parents had planned. Using someone you know often increases the treatment costs and chances for emotional conflict and decreases the chances of success. It is more preferable to use a surrogate referred by a reliable surrogate agency. Surrogate agencies have pre-screened these surrogates by reviewing their medical records and background history. These surrogates from surrogate agencies are medically qualified to carry a child to term. They are emotionally stable and know exactly what their responsibilities are on your surrogacy journey. To ensure a stress free surrogacy, it would be better to trust surrogacy agencies that know exactly how to support and help you with this journey.

"I was a little unsure of what to expect as a surrogate. The staff at Surrogacy Agency in Minnesota explained how the process works. They even explained it to my husband so he understood everything. That really helped us decide that this was something I wanted to do."


Become a Surrogate St Paul, MN | 763 333 2700
Do you want to become a surrogate in St Paul, MN? Minnesota Surrogacy is an online surrogacy agency that specializes in matching intended parents with qualified surrogate mothers both here in the US and internationally.

Become a Surrogate Minneapolis, MN | 763 333 2700
Do you want to become a surrogate in Minneapolis, MN? Minnesota Surrogacy is an online surrogacy agency that specializes in matching intended parents with qualified surrogate mothers both here in the US and internationally.

Become a Surrogate Woodbury, MN | 763 333 2700
Do you want to become a surrogate in Woodbury, MN? Minnesota Surrogacy is an online surrogacy agency that specializes in matching intended parents with qualified surrogate mothers both here in the US and internationally.